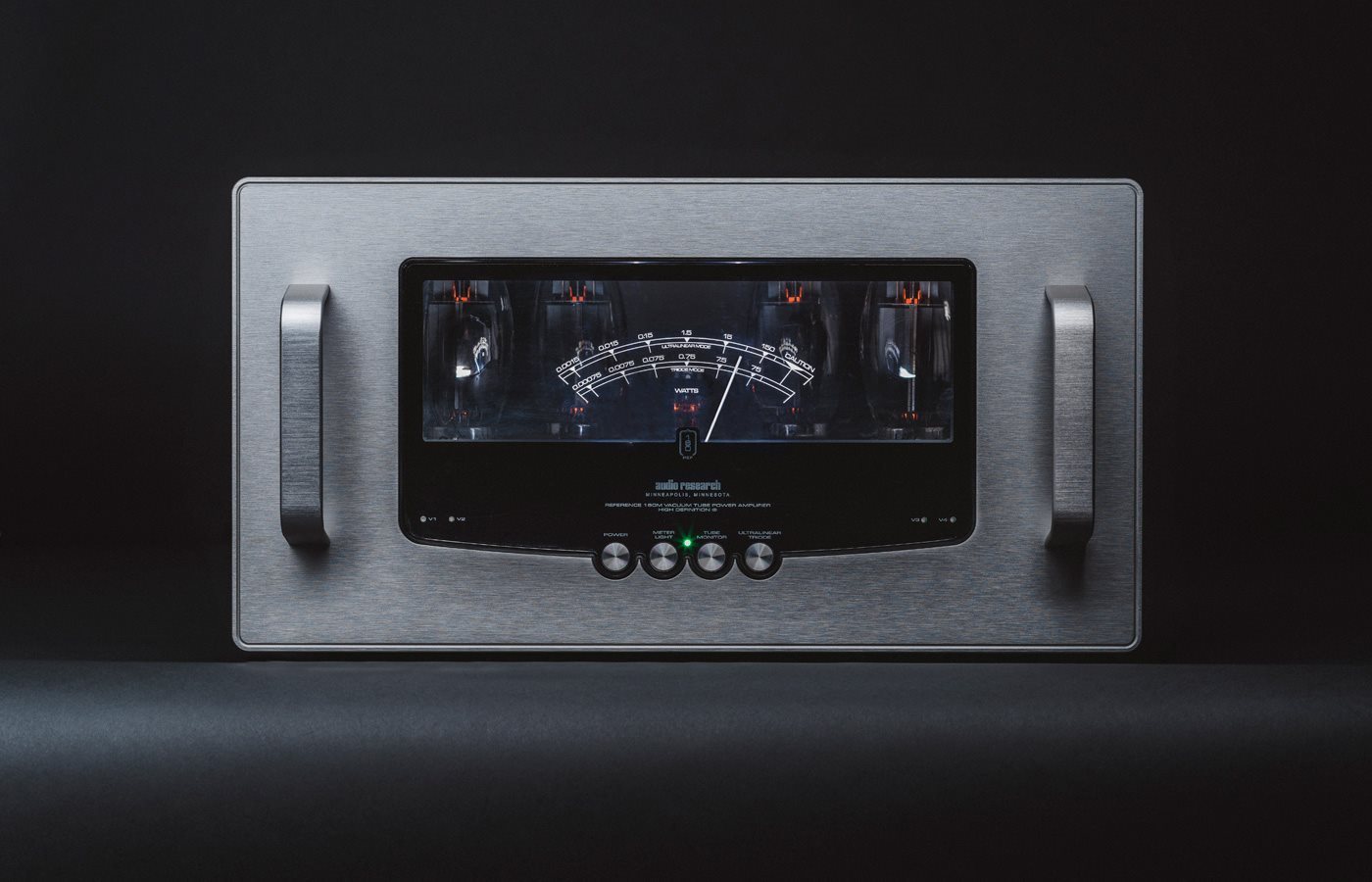 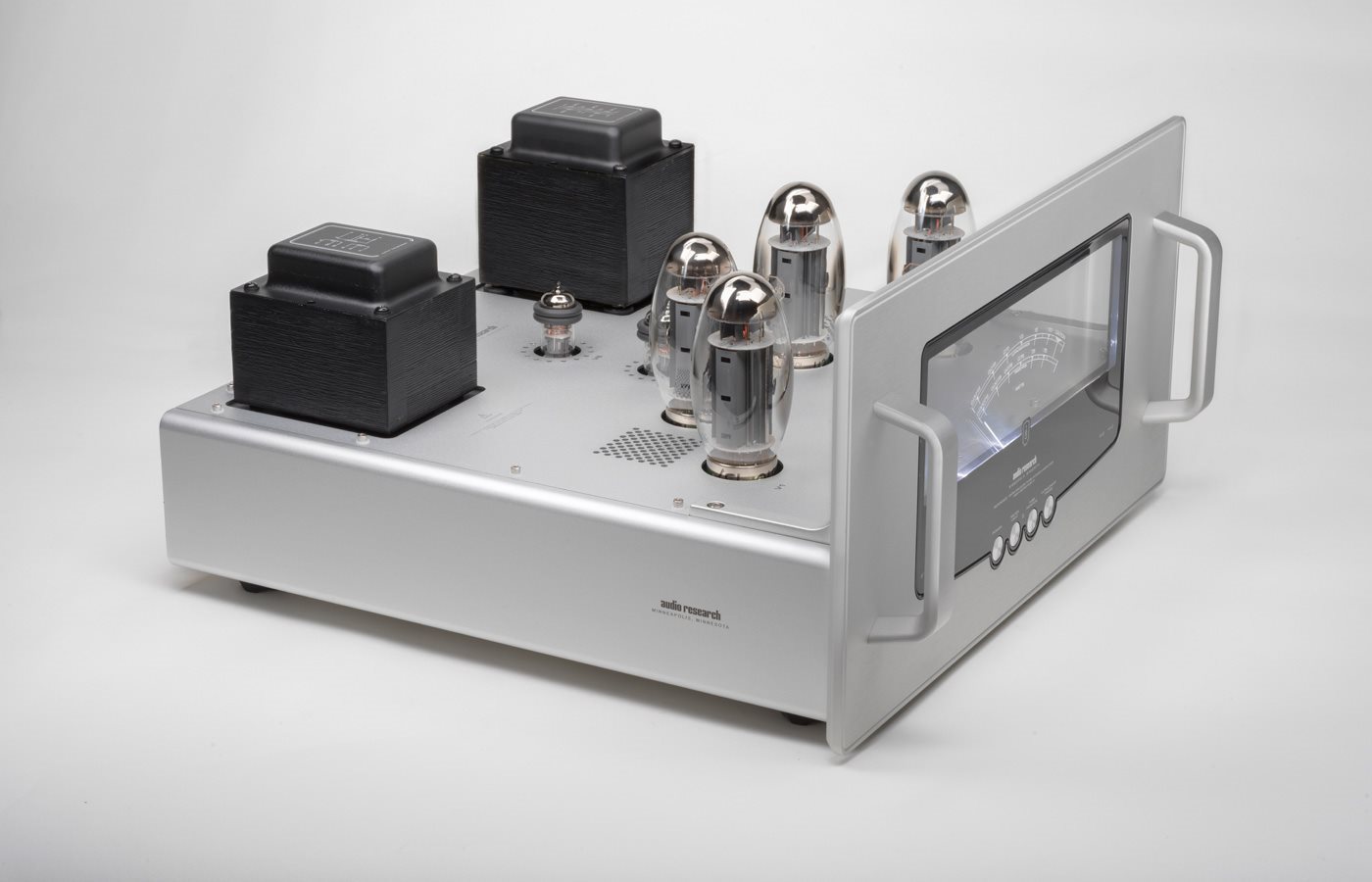 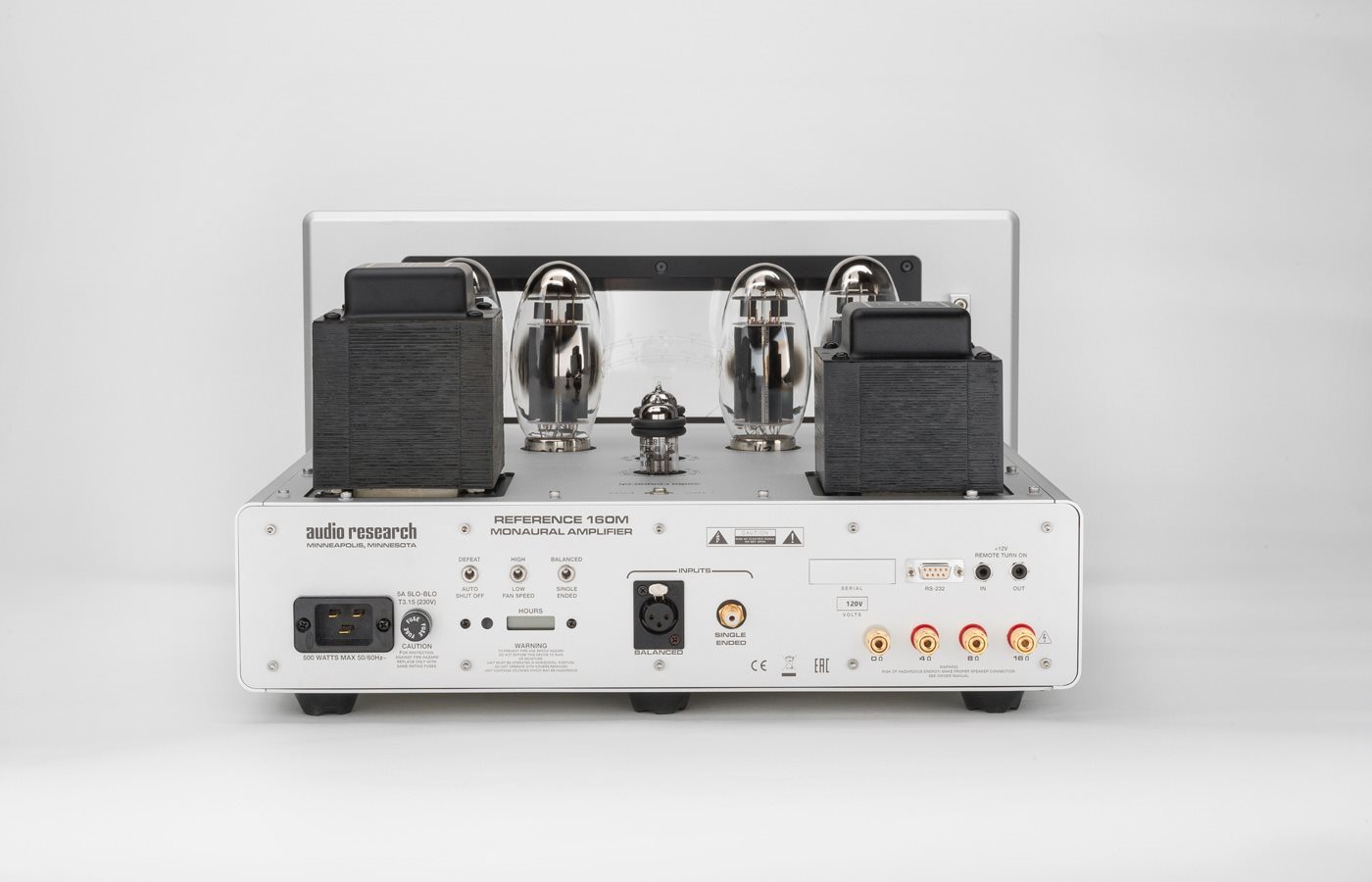 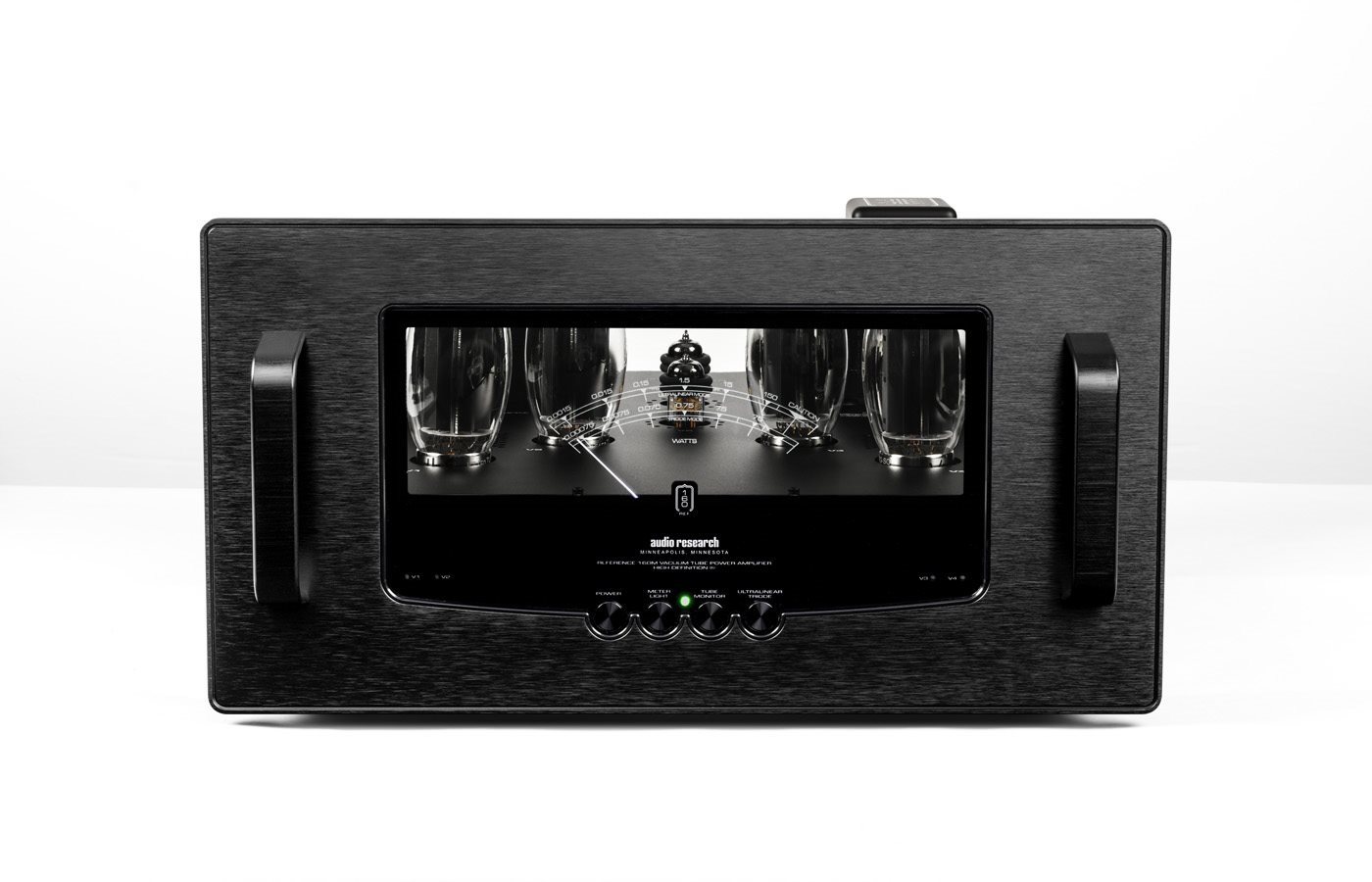 After two years in development, the new Reference 160M (REF160M) Monoblock Power Amplifier is built like no other, looks like no other, and sounds like no other amplifier that you have ever heard, but it is unmistakably Audio Research. It features a refined audio topology with fewer and better components in the signal-path than in previous designs, switchable Ultralinear/Triode operation, proprietary auto-bias, output tube monitoring and protection, an advanced power meter, and much more. This array of features has never been offered before in an Audio Research amplifier.

The designers at Audio Research wanted to create a new style that would complement the look of the REF6 preamp while also featuring a transparent faceplate that allows a view of the glowing KT150 vacuum tubes. While this window allows you to see the output tubes, it also incorporates an innovative dual-layer construction with distinctively etched markings that create an integrated power meter. The power meter’s output-level markings illuminate via hidden LEDs, and the illumination brightness is adjustable.