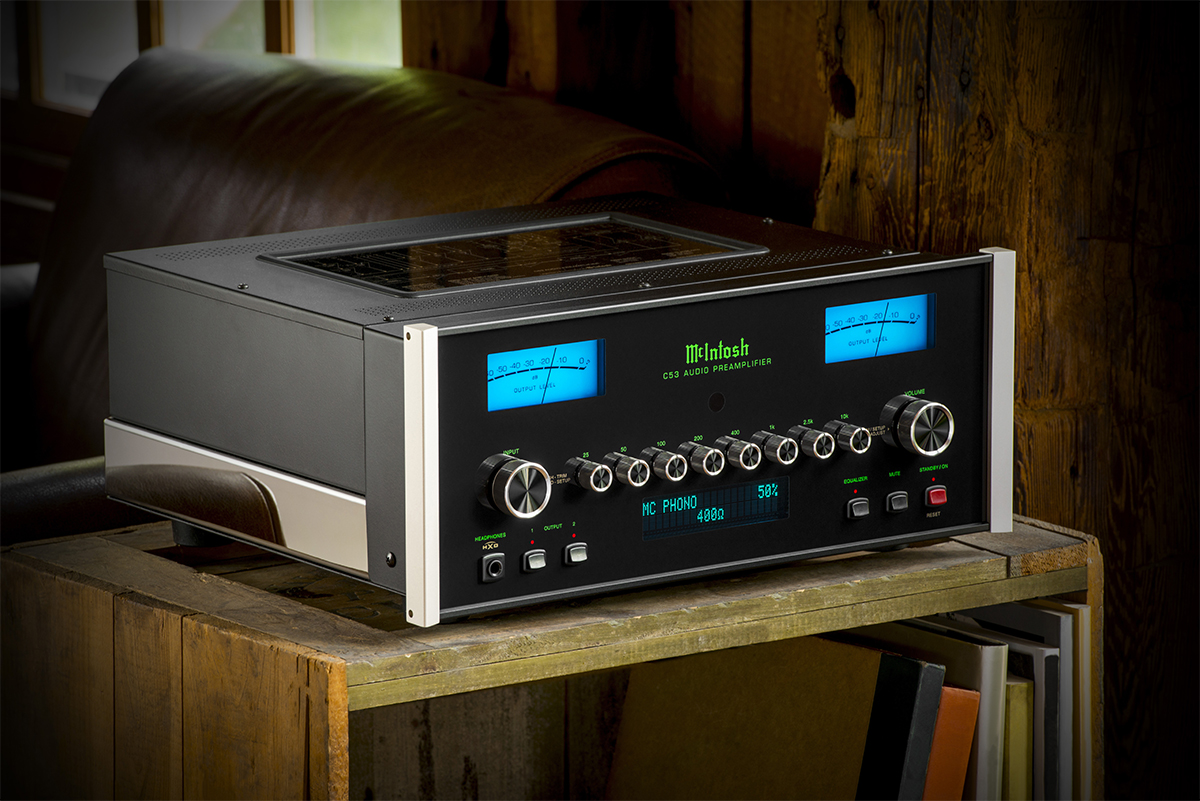 The C53 Preamplifier is ready to serve in a home audio system for many years – even decades – all while delivering unmatched audio quality. Following the digital audio precedent set in McIntosh’s current line of solid-state integrated amplifiers, the C53 stereo preamplifier features an upgradeable digital audio module. But unlike their integrated amplifiers that use the DA1 Digital Audio Module, the C53 is the first product to use McIntosh’s new, more advanced DA2 Digital Audio Module.

The DA2 Digital Audio Module builds upon the DA1 with an expanded set of capabilities. In addition to having all the same connections as the DA1 (2 coaxial, 2 optical, 1 USB and 1 proprietary MCT for use with McIntosh’s MCT series of SACD/CD Transports), a new audio-only HDMI Audio Return Channel (ARC) input is included on the DA2. This allows it to be connected to TVs with a compatible HDMI (ARC) output to bring TV sound to a new level of audio performance. Popular multi-channel audio formats from Dolby® and DTS® are supported and will be expertly converted to 2-channel audio for proper playback through the C53. When CEC communication is enabled in both the C53 and the TV, the C53 remote can control the TV’s power and volume.

Additionally, the DA2’s USB input can support native playback of up to DSD512, surpassing the DSD256 limit of the DA1. This increased DSD playback support is thanks to the next generation, Quad Balanced, 8-channel, 32-bit Digital-to-Analog Converter (DAC) that powers the DA2. This audiophile-grade DAC is highlighted by both an improved dynamic range and total harmonic distortion compared to the DA1. The USB input also supports DXD up to 384kHz. The coax and optical inputs can decode digital music up to 24-bit/192kHz for high-resolution audio playback. Rounding out the DA2 is an MCT input that offers a secure, custom DSD connection for playback of the high definition audio found on SACDs when paired with a McIntosh MCT series SACD/CD Transport to produce the best possible sound quality from an SACD collection. 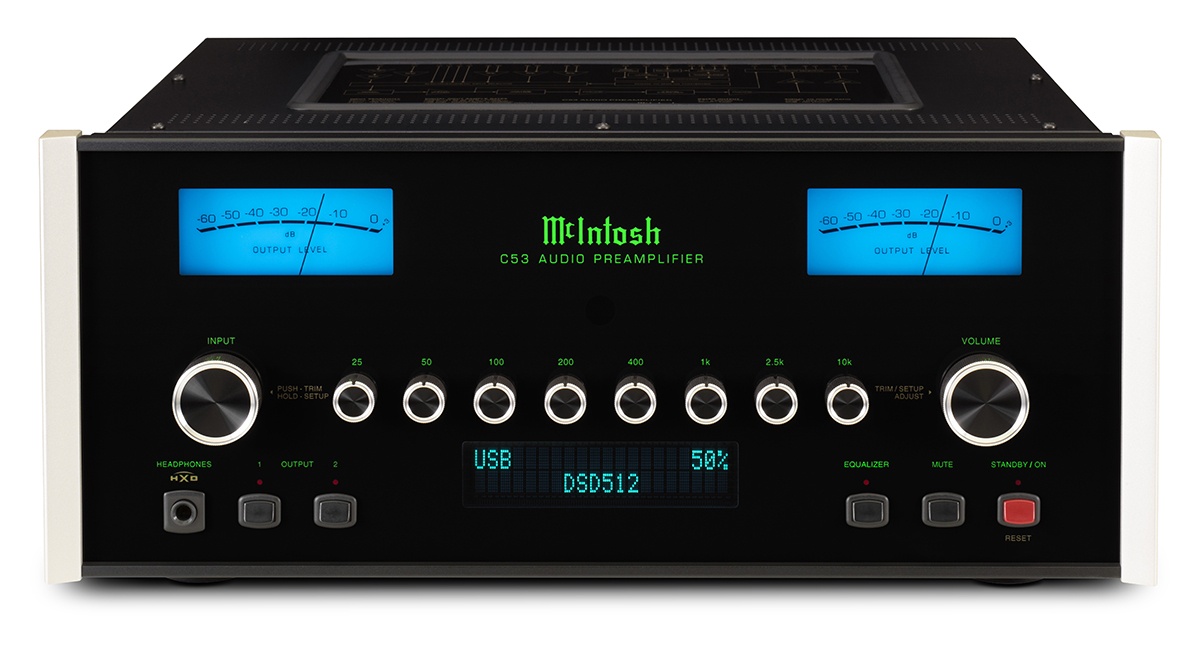 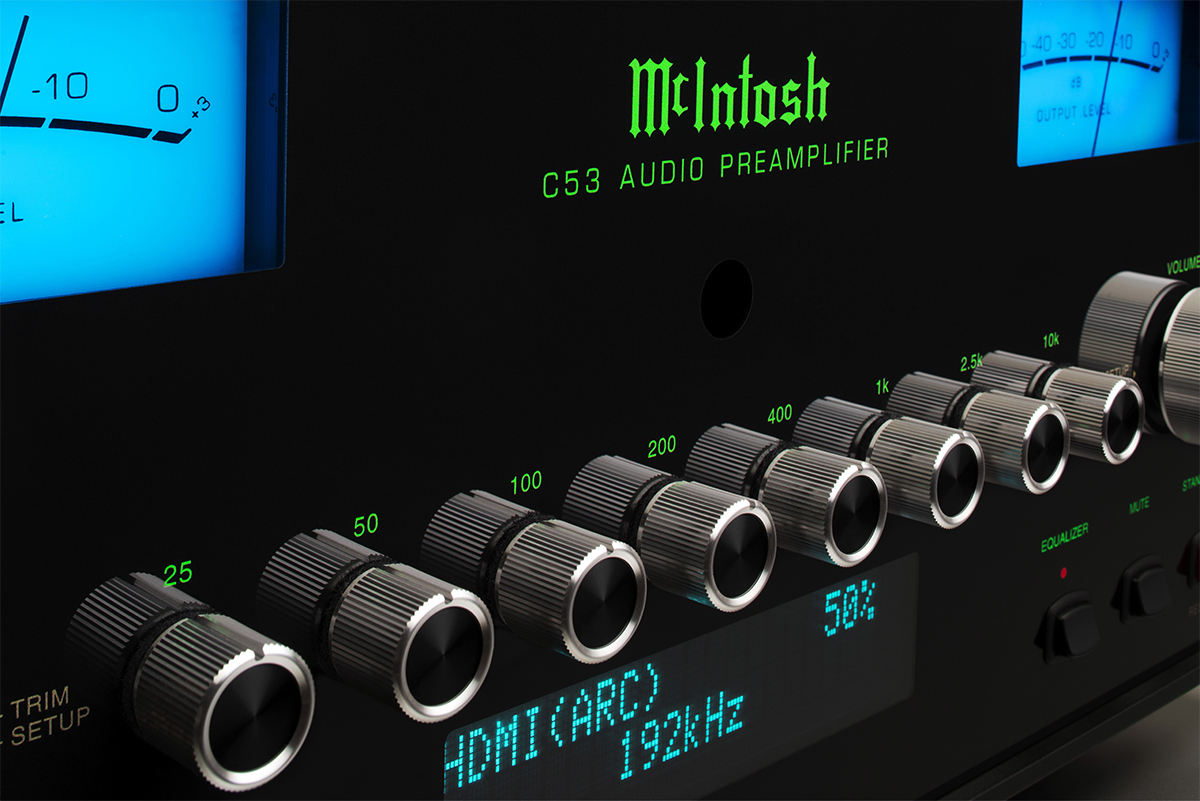