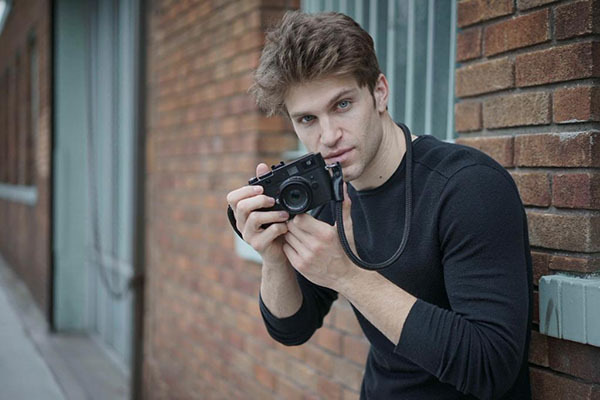 Friends of The House: Keegan Allen

Keegan Allen is a man of many talents—an artist, photographer, musician, poet, and actor. Most are familiar with him for his long-standing main role as Toby Cavanaugh on the hit television series Pretty Little Liars. Among his many interests, Keegan is an audiophile with a passion for all things McIntosh. It is always a pleasure to have him at the house and we know you will enjoy getting to know him.

You’re a poet, actor, watch collector, and audiophile (anything else ?)— were you introduced to these hobbies or did you seek them out on your own?

I was introduced to great music growing up. My parents aligned my experiences in music with analog adventures to the record store and components (tube amps, vinyl, tape decks in the car etc). I also was lucky enough that my manager, Konrad, was a huge audiophile due to his lifelong passion for live music, stadium Grateful Dead concerts and a raconteur of many facets of his business within the music industry itself. Along with bringing me deeper into the artist’s stories behind the music, Konrad actually brought me to my first concert, Bob Weir’s band RatDog at the Greek Theater.

He was the one who really took me down this slippery slope when he let me listen to Dark Side of the moon on my 21st bday on his Mcintosh system. I couldn’t believe the nuances and three-dimensional soundstage along with the warm tube amplified sonically pleasing tones I was familiar with for years…but never like this!  Instantly, I began building my dream system…in my imagination. At the time, I could only afford very basic components, but the slow off-piste pursuit into the audio world held Mcintosh at a very high place and helped me appreciate every subtle upgrade. When I finally got my first Mcintosh piece, it was more enjoyable because it felt like my ears earned the engineering.

How do you find time to balance all of your many interests?

I usually spend my time where I feel the most inspired. Sometimes, I may not feel like picking up a guitar or sitting at the piano to write music. I pick up my camera instead, and when I feel more pull to focus on another craft, I carefully move to it.

If you could only listen to one album for the rest of your life, what would it be?

Impossible question. Speaking of balance in the last question, there is just too much Elliott Smith and not enough sunny days. Some albums are easy listening to over and over. Nick drake and Will Ackerman have a tension/relief that, for a while, became a staple to my mornings. But then I need Jazz’s freedom and communications between musicians leading each other through complex arrangements. Or jam bands like the dead at Cornell 77 with Phil Lesh’s rubber band bass at the start of the Scarlet/Fire. Radiohead’s Kid A for snow days, Sublimes 40 oz of freedom for beach days, Van Morrison’s astral weeks for mystical adventures, James Taylor, John Denver or even Neil Young’s hitchhiker for driving my mountain roads… I couldn’t listen to any one album. I spiral off into the void at the absence of everything else… haha.

While on set for your acting projects, do you find music was a way to escape and focus on your craft?

Absolutely, there are so many songs that pull extreme emotion out of me. Warren Zevon’s “Keep me in your Heart” can collapse my chest with fragility while Rage against the Machine’s “Killing in the name” can turn me into a torch fire. Music can be a great tool for escaping into a character deeper and powerfully finding new growth in emotions from these artists that have frozen their feelings in time.

What was the first McIntosh product in your collection?

The beautiful and timeless Mc275. I got into tube rolling but reverted back to the original kit because it’s too damn good.

As a Friend of The House, what is your favorite part of being at WOM?

For me, it was a moment to appreciate the depth of this company. This company is deep and will take you as deep as you want to go into sonic perfection. A little metaphor here; I feel like I was snorkeling when I entered and scuba diving when I left. The staff is just as passionate about their personal systems and reverent of the bespoke application of every piece of kit they offer. I continue to learn so much from WOM and that makes my personal listening more enjoyable.

How do you describe the energy when you enter the townhouse?

Calming. It feels like anyone can find a room there that will inspire and speak to them or add a new twist to an existing audience.

What has quarantine been like for you, have you found inspiration in the slower pace of life or do you prefer to be out and about?

I’ve been lucky to have a bit of both. I have a cabin in a national forest, so I have been out and about but sequestered in the woods. Tons of playing music and leaving my phone behind. I’ve been really obsessing over Phoebe Bridgers new album “punisher” and have been learning covers of most of her music by campfire. Something about her sound, chords, voice, and lyrics remind me of what it must have been like for people the first time they heard Elliott Smith, Kurt Cobain, John Lennon…she captures a haunting itch that can never be fully scratched…her music has been on a loop most days. My quarantine soundtrack for sure.

Also, I’ve been focusing more on my family and friends than ever before in my life. It’s a weird time, but I’m making the best of it. I haven’t disconnected from the pain in the world though.

I am constantly working out of the public eye (because showing off altruistically is a big bummer with public figures) on charities, bail outs, and social justice programs to better our communities and create change that does make for a better future. Humans are not doing great this year, but we can do great things until we do better! Hopefully, people also start focusing on the environment…I’m currently surrounded by wildfires…Mother Earth has definitely entered the chat.

Best concert you’ve ever been to?

Radiohead at the shrine. Van Morrison Astral Weeks at the Hollywood Bowl and The Grateful Dead Fare thee well tour…wait and also…Foxygen in Williamsburg Halloween 2013…so fun.

Time control would be cool.