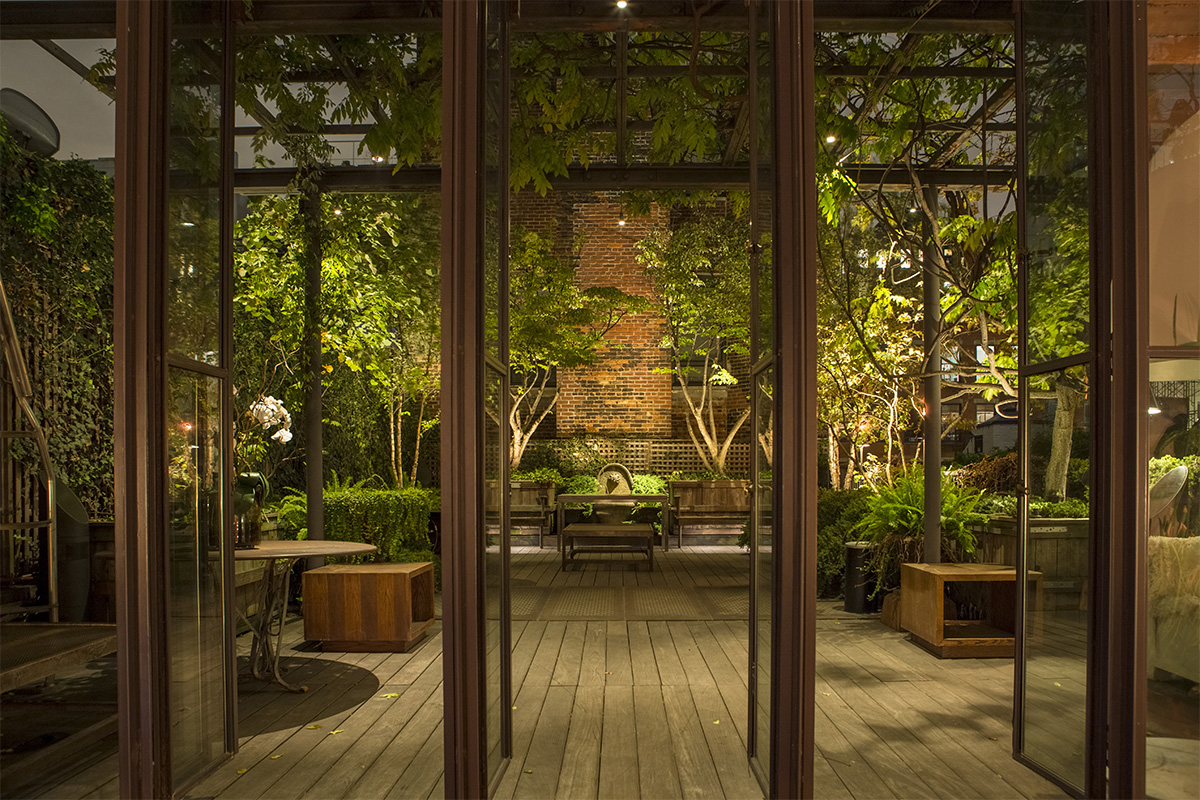 When Coastal Source first stepped onto the unfurnished rooftop terrace, it spoke to them. The space was begging for outdoor lighting and audio. Coastal Source obliged.

The terrace project showcases many of Coastal Source’s smaller and less visible fixtures, such as the MR11 Bullet Light and the lip light. The real star of this breathtaking project is the Coastal Source Niche Light. The Niche shows its versatility in multiple applications as a hanging downlight, bullet uplight and marker light.

Strategically placed Tiki Torch lights define the perimeter with downlighting. For special occasions, we light up the flame component to add to the festive atmosphere.

With assistance from Cloud 9 Smart of New York City, Coastal Source integrated their Outdoor Lighting and Audio systems with the Savant Control System on site.

Any cookies that may not be particularly necessary for the website to function and is used specifically to collect user personal data via analytics, ads, other embedded contents are termed as non-necessary cookies. It is mandatory to procure user consent prior to running these cookies on your website.